The best virtual events in August

Back to At Home

From hot air balloon shows to museum sleepovers, summer highlights are heading online for you to enjoy at home

While life is slowly returning to normal, big events that attract large gatherings that are understandably a while off. But you can still take part in some the country’s summer favourites.

With the likes of Notting Hill Carnival and the Proms at the Royal Albert Hall taking place online rather than being cancelled completely, you can still enjoy the spirit of these occasions from wherever you are in the country. And luckily all the events will go ahead regardless of the British weather.

One of the most curious modern traditions in the UK sees Bristol’s summer skies fill with hot air balloons every August. The Fiesta attracts hundreds of thousands of visitors to the best viewing spots to see the colourful teams from around the world. To avoid crowds gathering, this year’s scaled back event launched from a secret location, ensuring that residents could look up from their homes to enjoy the annual sight.

One of the Fiesta’s highlights, the Night Glow takes place on online on Saturday 8 August . The balloon teams light their craft up to music, so wherever you watch from you can still enjoy the unique spectacle across the West Country sky.

25 free events for you to enjoy during August

As the British summer can never be trusted when it comes to the weather, it’s always good to have a museum nearby to fall back on. Though most museums and galleries are now open across the UK, not everyone is understandably comfortable with taking a trip to view an exhibition or take part in one of the many free activities to keep the kids entertained this summer.

While the virtual tours and exhibitions of many museums have been a big hit during lockdown, there are still online events taking place over the coming weeks. Among them are a full programme of summer events from the National Museum of Scotland and the Natural History Museum’s Family Festival encouraging learning about nature. Meanwhile, Cardiff’s National Museum Wales is continuing with its popular sleepover series with a dinosaur-themed night in the museum that can be enjoyed safely from home.

Every year sees tens of thousands descend on the Scottish capital, with the famous Royal Mile a hive of street performers and various comedians and theatre companies inviting attendees to one of the countless shows taking place in every nook and cranny of the city. When you’re not laughing yourself sore, the Fringe is also a perfect opportunity to take in the city’s incredible sights and culture, with festivities ending with the fireworks and military displays as part of the Royal Edinburgh Military Tattoo.

The festival is still going ahead, albeit through streamed performances, interviews and courses that are mostly free or pay what you want. The Edinburgh Book Festival is also taking place online at the same time, with literary-themed events and talks for the whole family. 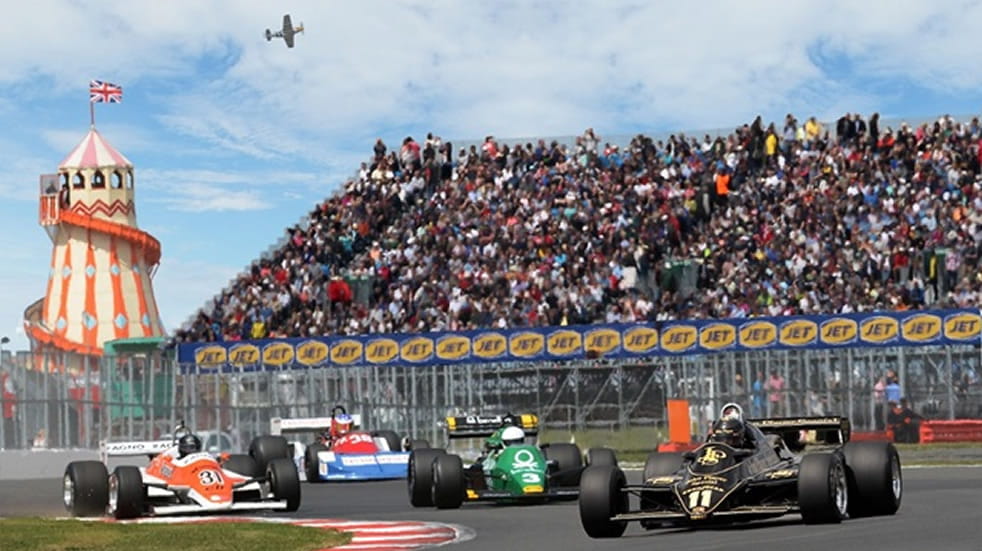 While the first weekend of August has seen the Silverstone Classic held at the home of British motor racing since 1990, the crowd-less British Formula 1 Grand Prix instead took up the 2020 weekend. While there was a British winner, the cancellation of the 30th anniversary event was keenly felt by the local businesses who welcome over 100,000 spectators each year to rural Northamptonshire for a weekend of racing, classic cars and entertainment.

Keen to make sure their 30th birthday wasn’t forgotten, the Silverstone Organisers set up an online party, with plenty of highlights for petrol heads to enjoy. You can catch up with eight hours of races, parades, interviews and more online, culminating in a look ahead to next year’s delayed celebrations.

There’s a reason Europe’s largest street party has become such a highlight of the British summertime. For 54 years the streets of Notting Hill have played host to street parades, steel drum competitions and food and drink, all bathed in vibrant colourful. Growing year on year, the carnival now attracts over two million visitors every August Bank Holiday weekend, making it sadly unsustainable in the current climate, and was cancelled for the first time in its history.

From 29-31 August, Notting Hill Access All Areas promises a “groundbreaking online experience” in order to get a flavour of London’s streets in your own home. Details are yet to be announced, but expect music, performances and recipes to help recreate the experience.

6. Proms at the Royal Albert Hall

Whether it’s crowds in parks or concert halls, the sight of British flags waving while an orchestra booms Land Of Hope And Glory is a quintessential part of British summertime. With a 125-year history that includes continuing during both world wars, the Proms has continued this year, albeit without the crowds. “Not the Proms as we know them, the Proms as we need them” has included previous years’ highlights on radio and TV.

The Royal Albert Hall is still scheduled to have live music performed during the final two weeks of the Proms, which will be broadcast on BBC Four from 28 August. As is tradition, the BBC Symphony Orchestra will open and close the fortnight, with soprano Golda Schulz being the guest at the iconic Last Night of the Proms.

All photos Getty Images
At Home
by Adam Rees

Make the most of the long weekend by doing some important jobs outdoors. These tips from BBC Gardener's World will help you to use the time wisely

Celebrating a special occasion in lockdown

Whether you want to treat your dad on Father's Day (21 June), wish someone many happy returns or mark a wedding anniversary, there are lots of fun and interesting ways to do it, even during these restricted times

From lockdown rules to travel advice and vaccines, we bring you all the latest information regarding the COVID-19 pandemic

From food and wine to accessories and safety advice, we give you the full lowdown on what you need to make your al fresco adventure a success

Whether you want to enjoy a city break, go on safari or take in the panoramic vistas of alpine Switzerland, you can do so thanks to the amazing virtual experiences available online

Recipes from around the world

Foreign travel may be limited at the moment, but you can enjoy a 'holiday at home' with the help of these delicious global recipes