A day at sea on the PS Waverley paddle steamer

This historic ocean adventure is just one of many days out organised across the UK by our Boundless member groups.

The deck vibrates as the paddles start to turn and the steam whistle blows three times, startling the passengers on the bridge. White puffs from the funnel are whisked ashore by a brisk easterly, and PS Waverley reverses away from Swanage Pier. There’s a cheer from a crowd of onlookers, but no one could be happier than the Dempsters. Two years ago, the heartbroken couple had to watch this iconic paddle steamer depart without them – but today they’ve made it on board.

“It’s excellent, really lovely,” enthuses Katherine. “We’ve been trying to get on Waverley ever since we missed it, so when we saw the trip on the Boundless website, we had to go for it!” There are 30 other Boundless members scattered about the 240ft vessel – some enjoying a carvery in the dining saloon, while others brave it out on the deck, binoculars in hand, as we sail along Dorset’s Jurassic Coast.

Over the tannoy, we listen to volunteer guide Chris Phillips, who first travelled on the ship 40 years ago on Loch Long in the Trossachs. He points out the Victorian mock castle built by George Burt, and the huge stone globe below it. To the west of Durlston Head are the Tilly Whim Caves, quarries cut so deeply into the cliffs it’s a wonder the fields above don’t collapse into the sea.

“This stretch of coast was very much at the centre of stone quarrying,” says Chris. “Tilly was the name of the owner, and Whim is a local name for a crane, which on calm days would be secured at the base of the cliff to lower stone onto barges.”

Find a Boundless group near you with people who share your interests and hobbies.

A trip aboard The Waverley takes you past many lovely south-coast towns.

Waverley is now sailing at 14 knots, and the passage is surprisingly smooth – even over the tidal race at St Aldhelm’s Head. The water might be choppy, but the 693-ton vessel cuts through it with remarkable ease. Though sturdy, she won’t take passengers out in rough weather because, if she rolls, one of the paddles can lift out of the water.

But being a paddle steamer has its advantages, too, as I learn from ship’s purser Ian O’Brien. Having a draught of just 1.9m allows her to cruise in shallow waters, a feature that caused her to be requisitioned as a minesweeper at the beginning of the Second World War. “Paddle steamers can go through minefields and tend not to hit anything, whereas most vessels this size would have a much larger draught,” explains Ian. But there are, of course, other hazards in war and sadly the first Waverley was sunk by enemy action whilst rescuing soldiers from Dunkirk. The vessel we’re sailing today was built to replace her in 1947.

As we head further west, the cliffs darken as they change from chalk to limestone and then to Kimmeridge clay, plunging 150 million years back in time to a tropical land where dinosaurs roamed the earth. You can still find their fossils on the beach if you’re prepared to spend time looking.

On deck it’s getting chilly, so we make our way down the stairs, toes tapping against the gleaming brass plaques, each one engraved ‘Waverley’. The ship was stripped and refurbished in 2003 with funding from the National Lottery. Every detail – from the embossed lampshades to the teak benches – has been carefully designed according to her 1947 livery.

A plaque aboard the current Waverley shows the history of the original Clyde Waverley vessel.

But it’s the engine room that’s the star attraction. All around passengers are leaning over the railings, hypnotised by the repetitive movement of the piston rods and entranced by the noise. It’s a bit like hearing a steam train crossed with a heartbeat, with a ghost-like drawing of air every few beats.

“It’s amazing how you can watch something do the same thing over and over again,” says Boundless member Carol Hay. “I’ve been taking photos and videos. You could watch it all day.” Either side of the 2100 horsepower engine are two portholes, both white with foam like washing machines mid-cycle. If you look carefully, you can make out the red flash of a paddle wheel as it powers through the swell.

The engine room isn’t the only place on board where it’s easy to while away the minutes. During inclement weather you can hide in the observation room, where all the chairs are turned outwards; or if you fancy a wee dram, the Lower Bar has more than 30 different malts to choose from (Waverley was, after all, built in Scotland). But sadly there’s little time to sample the beverages as all too soon we arrive at Weymouth, and after an ice-cream and a pleasant stroll along the picturesque promenade, it’s time to head back.

As we sail back east, Chesil Beach hovers behind us like a liquid mercury in the setting sun. The voyage is almost over, and Dorset treasurer Phil Brinton is discussing the group’s 50th anniversary celebration. There’s a lot of head-scratching and frowning going on, with many wistful looks out to sea. The trip on Waverley has been nothing short of magical. How on earth are they going to beat it?

Get more from your caravan with Boundless 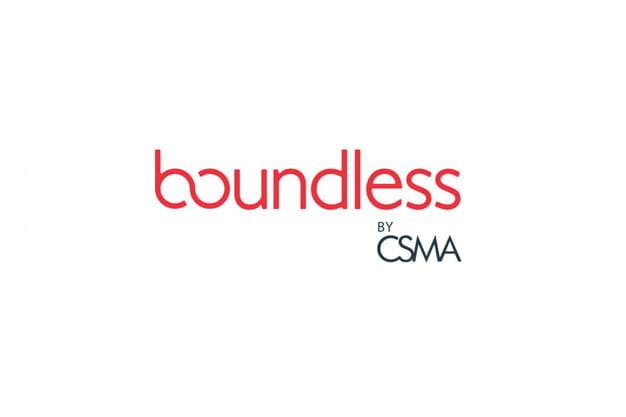 Visit the Motorhome and Caravan Show

The best things for kids to do on a rainy day

How to preserve autumn leaves and berries