Some ferry ports aren’t just gateways, they’re holiday destinations in their own right. Here are five European ports worth a visit.

Anyone who has sailed into St Malo’s beautiful natural harbour will vow, on their next trip, to take the time to venture inside its ramparts, walk along its vast, sandy beaches and explore its granite islands and forts. It’s the most visited place in Brittany and rightly so. The city has a rich maritime history and owes much of its early prosperity to fierce seafarers who opened up the French spice trade in the East Indies and used their wealth to build elegant mansions.

Its famous walled old city, La Ville Intra-Muros, is a maze of cobbled streets and squares lined with shops, cafés and restaurants. Specialities include galettes (savoury pancakes), cider and oysters. Hop on the tourist train or walk the ramparts for stunning views of the islands dotted around the harbour and choose which beach you want to spend the afternoon on.

For many years Zeebrugge was purely an industrial port, but thanks to a regeneration project, it has now become a tourist destination in its own right. It has a pretty beach, hotels, restaurants and bars selling Belgium’s best beers, and a maritime theme park that’s perfect for families. It’s in the port’s former fish market and is dedicated to giving an insight into life on and under the sea. Children can climb the mast of a pirate ship, stand at the helm of a genuine lightship and gawp at the 100m long Foxtrot submarine, used by the Russian Navy during the Cold War.

A short hop on the bus or in a taxi and you’re in the centre of Bruges (pictured), a beautiful city of flowing canals, medieval buildings, cobbled streets, pretty little squares and shop after shop selling the finest Belgian chocolate.

Famous for the heroic evacuation of Allied troops during the Second World War, Dunkirk attracts visitors from all over the world who come to remember and pay their respects. The Dunkirk Town Cemetery is home to an extensive war memorial commemorating more than 4,500 soldiers and civilians who lost their lives during the campaign of 1939–1940, while the Dunkirk War Museum tells the story of the rescue mission.

For stunning panoramic views, climb Dunkirk’s belfry, a UNESCO World Heritage site and home to the tourist office. From here you’ll see the industrial city, most of it destroyed in the war and rebuilt, the surrounding countryside and the vast stretches of flat, sandy, historic beaches, which are now popular for kitesurfing, sand-surfing, windsurfing, or taking a stroll.

With its striking Guggenheim Museum, Gothic architecture, designer boutiques, medieval old town and buzzy tapas bars, Bilbao has put itself firmly on the city break map. In the heart of Spain’s Basque country, this city takes the contrast of old and new to an extreme. On the one hand there’s its compact, pedestrian-friendly old town, known as the Seven Streets, dominated by its late 14th-century Santiago Cathedral and large indoor market.

On the other hand, there’s Frank Ghery’s gleaming Guggenheim, the city’s pod-like Norman Foster-designed Metro stations, and the more recent addition – the Alhóndiga Bilbao, a wine warehouse elegantly and whimsically converted by Philippe Starck into an impressive culture and leisure centre, where the swimming pool has a transparent floor. No visit would be complete without sampling the region’s famous pintxos – bite-sized rounds of toast with delicious toppings.

At just nine miles across and five miles long, it’s possible to cover a lot of Jersey in a short break. The centre of the capital, St Helier, is just a 10-minute walk from the port and is worth a browse for tax-free shops, pubs, restaurants and a lively indoor market. Take a stroll along the Victorian seaside promenade at Havre Des Pas, where you can have a dip in the natural bathing pool, or follow the coastal road round to the beautiful beaches at St Aubin’s Bay.

Families should head to Jersey Zoo, set in 32 acres of valleys and woodland and home to some of the rarest animals on the planet. Or Elizabeth Castle, which has defended the island for more than 300 years. It’s built on a rocky islet in St Aubin’s Bay and you can either walk along the causeway at low tide or take the amphibious ferry. Children will love climbing the battlements, exploring its bunkers and watching the live demonstrations, with gunfire.

Save up to 7% on crossings with Brittany Ferries 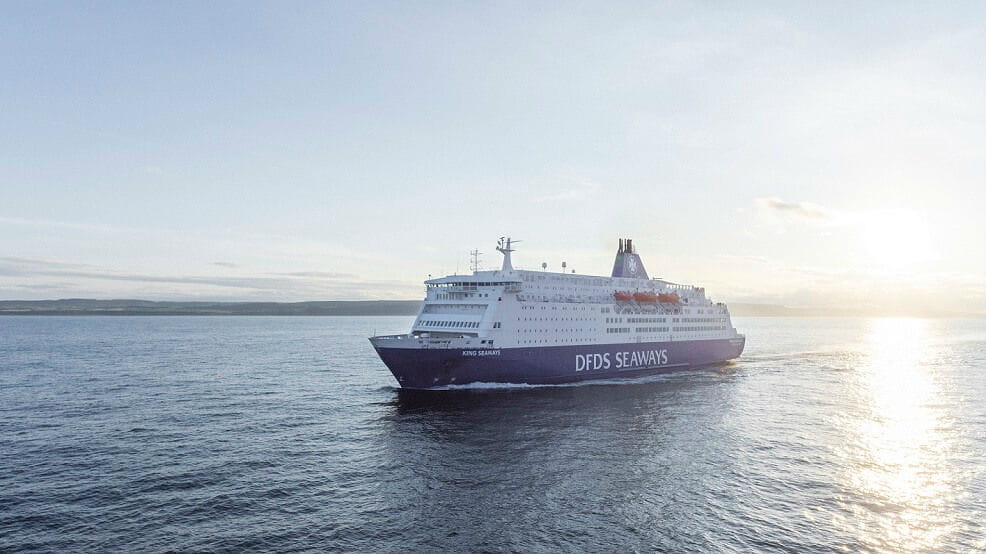 Save up to 25% on ferry crossings with DFDS

Reluctant camper? What will it take to get you under canvas?