How to choose the best theme park for you 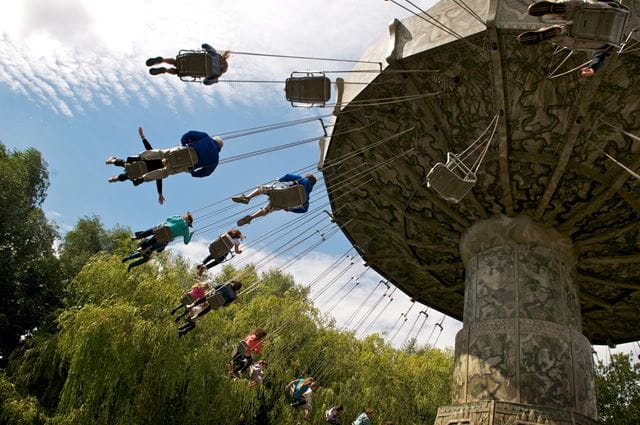 Choosing a theme park for a fun day out can be tricky, especially if you’re looking for one to suit a particular age group. Use our guide to find the right one for you

You’ve all agreed that a day at a theme park is a great idea, but how do you settle on which one will give you the best experience? With so many to choose from, finding one to suit your family or group of friends can mean hours of online research. So we’ve done the hard work for you with our guide to finding the right theme park for a fun-packed day.

Best for teens and groups of friends

If you want to test your nerves, Thorpe Park should be top of your list. It specialises in making you scream—the Stealth ride takes you from 0-80mph in under two seconds and SAW is the world’s first horror-themed rollercoaster.

This year it takes the fear a step further, teaming up with illusionist Derren Brown to mess with your mind, with Rise of the Demon: a chilling ghost train using special effects to distort reality and take you into the unknown. Not for the faint-hearted.

Best for families with different ages

Alton Towers might be best known for iconic rides such as Nemesis and Oblivion, but there’s something for all ages. Little ones will be enchanted by CBeebies Land, with rides themed around their favourite TV programmes, and there’s plenty for primary-aged children. Even theme park doubters might be won round by the park’s history and setting: once the seat of the Earl of Shrewsbury, the original stately home forms part of the park.

The sun always shines at M&D’s, claims this theme park: a bold claim for Scotland, but the £10 all-day wristband makes it good value in any weather. Although there are rides for adrenalin-seekers—the Giant Condor is an impressive 30m high—kids are the priority. More than 20 of the rides are for children only, and if the rollercoasters and glow-in-the-dark indoor bowling aren’t entertainment enough, you can pay extra to experience Amazonia, a tropical rainforest with exotic animals and insects.

A classic seaside pleasure park, Blackpool Pleasure Beach bills itself as the most ride-intensive park in the country, with traditional rollercoasters such as the Big Dipper and the Grand National alongside modern attractions like the 235 ft Big One rollercoaster and Wallace & Gromit’s Thrill-O-Matic.

Older visitors won’t just have to mind the bags for their thrill-seeking relatives, though: Blackpool Pleasure Beach is great for lavish theatrical shows; grandma and grandpa might get the last laugh.

Leave the teenagers at home if you’re heading to Legoland: it’s firmly aimed at the under-12s. The attractive grounds are filled with animals and giant figures made from Lego as well as a myriad of age-appropriate rides such as the Pirate Falls Treasure Quest and Coastguard HQ. The hot favourite attraction must be Lego Star Wars, where popular scenes from the films are recreated in Lego.

Although Oakwood in Pembrokeshire, West Wales, caters for all ages (it has the biggest sky swing in the UK), the big pull is Dahland, inspired by the works of Roald Dahl. With Dahl-themed rides, shows and attractions, it features all Dahl-lovers’ favourite characters. You never know, it might just help you turn a reluctant reader into a bookworm.

Best for little ones

If you need a manageably-sized park with enough gentle rides and some static fun, Drayton Manor Theme Park is for you. Thomas Land will be fun even for toddlers unfamiliar with the children’s favourite, and if the rides get a bit overwhelming, they can take time out visiting the zoo, set in unexpectedly soothing gardens.

A busy day out for young families, Pickie Fun Park in Bangor, Northern Ireland—once famed for its freezing swimming pool—has plenty to amuse both little ones and older kids. The pool is long gone, but there’s still lots of watery fun, with Disco Ducks, water walkers, splash pads and pedalo swans. Back on dry land there’s a narrow-gauge railway, 18-hole mini golf and children’s race karts.

Chessington World of Adventures is much more than just a series of rides. With its Sea Life centre, zoo, Pandamonium shows and Go Ape, you can have a satisfying day out without ever queuing for a ride. If rides are your thing, though, pre-schoolers will enjoy journeying through the deep, dark wood on the Gruffalo River Ride.

This year, the zoo is introducing a family of endangered tigers at Land of the Tiger, which allows the animals plenty of freedom to roam. If rides are your thing, try the new Tiger Rock water ride.

Boundless members can get exclusive discounts at a range of UK theme parks:

Thorpe Park: six of its most exciting attractions

10 must see things at Disneyland Paris

Celebrating everything from classics like Cinderella and Peter Pan, to modern favourites such as Toy Story and Frozen, Disneyland Paris offers a magical experience for all the family