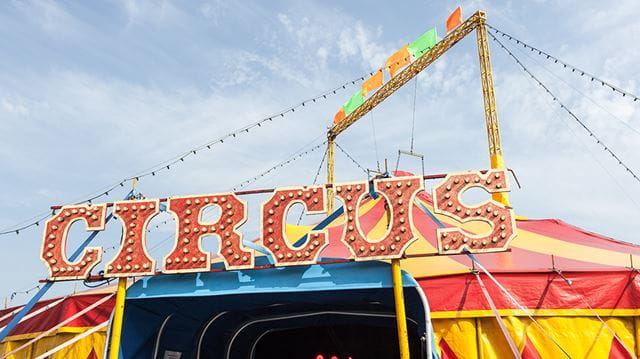 You'll have better concentration and be better at maths if you take up juggling, circus veteran Ann Dorwin tells Boundless...

Ann Dorwin started in circus as a trapeze artist 30 years ago and is now one of the world's leading experts in the art-form. When Sky TV staged its celebrities-do-circus reality show Cirque de Celebrite, Ann was one of the judges. As well as working in and around many traditional and new circuses in the US and Europe, Ann is a keen student of the history of circus – and a leading advocate of its role in education.

After a circus skills session (featured in the latest issue of Boundless magazine), Ann reflects on a life in the circus and discusses new neuro-scientific research that suggests everyone, from small children to the elderly and all ages in between, can feel practical benefits (as well as a lot of fun) from taking up circus skills.

Boundless: Circus seems to be more open to having 'civilians' learn its skills than it would have been a generation or two ago - is that right?

Before, when you were a kid, you grew up in the shows and that's what you did. You had better learn your act because this was your life. At best you were educated on the road by your parents. And sometimes that meant a sixth grade education. I know because I toured with some of the old-timers: I read their contracts to them and helped them sign them, because they didn’t read.

What was your first skill when you got into circus? 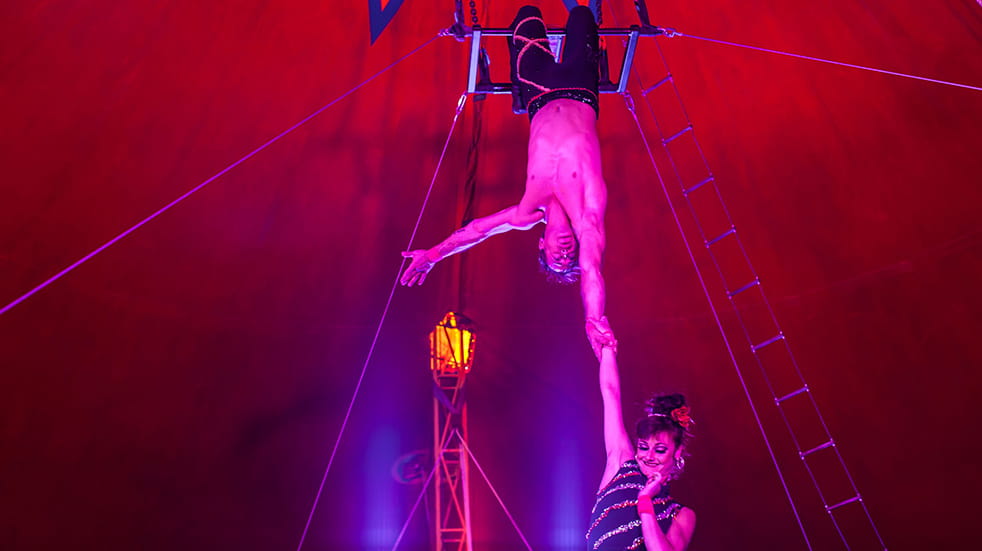 Flying trapeze. I was going to college. I grew up in a University town. Ivory tower intellectual family all the way. I was a competitive gymnast until I was about 16, then my knees blew out and somebody said: ‘Ann, you have to go and try this, there's this lady down on this street outside of town that has a flying trapeze'. And I went and fell in love. I got caught the second time I went up. I flew to a catcher. I loved it.

See, this is whats great about the new opportunities, the circus in education movement. Suddenly kids are doing this in PE, they’re learning how to juggle, how to do double sticks and diablo. Which are very traditional Asian skills . And walking stilts. And they may not be getting all the cultural arts and social studies behind it, but they are getting the skills.So if nothing else they are an educated audience. If they come to a show like this, they’ll say, ‘What they’re doing is amazing;’. [Because they know the basic skills behind it].

You were talking earlier about how good juggling is for our brain, too…

Yes, hugely. Which I think is why it’s probably the original circus skill: human beings used to be very good at feeding our brains but we’ve got very bad at it. Our brain is part of our body: if you don’t feed your brain your body suffers and if you don’t feed your body your brain suffers. It’s part of the same thing. We forget that. We tend to want to separate those things out, as if they exist in different realms. But they don’t.

The biggest impact we see in on issues of laterality – so things like epilepsy, where one side of the brain is dominating the other, or there is poor comunocation between the two. Neuro-scientists use to think that you couldn’t used a pathway laid down by a physical skill for a mental or cognitive process. But now we know they're superhighways: you can use them for anything. But you have to builfd the highways.

Yes, and reading, too. And that’s been proven. You can see a 20-30 per cent in reading rates in people who juggle on a regular basis, especially kids.

All of it. And that’s what’s so interesting about it. They’re starting to tease out the specific mechanism that makes it work. You can look these up – studies coming out of Oxford University and being taken up in other Universities too. There’s at least 40 of them, if you Google ‘Juggling and brain science.’

Was there always a more serious purpose to circus skills?

Yes. All the circus skills you generally see – manipulation skills in particular – started out as religious practices. The spinning plates used to be performed by the untouchable class in Sri Lanka and southern India. They were essentially beggars but they used bamboo sticks and spun plates on their hands and feet outside temples, especially during festivals. And watching the rotation was a way of focusing your meditation.

So other people would be hypnotised by them, in a way…

Right. And you can still see those plate-spinners today. The Kandyan dancers – in Kandy province in Sri Lanka. They still do it. It's just a tradition now but 2000 years ago it had significance. If you go back to Ancient Egypt, tombs have bas reliefs of court jugglers and acrobats. You can see the patterns of how they were throwing juggling balls – the same patterns we use today. How cool is that? Most entertainments in those days had some sort of religious significance. Rabbis used to have to juggle. It used to be part of their skill set. There was a famous rabbi in the Talmud who could juggle seven…

Ann Dorwin is course director at the Academy of Circus Arts, which is supported by Zippos Circus – zippos.co.uk.

There are drop-in unicycling sessions for kids and adults across the country. unicycle.org.uk