PLUS save thousands on new cars with Boundless and Car Select 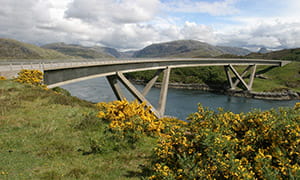 Only launched in 2015, this circular route round Scotland's most northerly and remote roads is already being lauded as one of the world's top coastal road routes.

Starting and finishing in Inverness and taking you as far as John O'Groats, the UK mainland's most northerly village, the NC500 is promoted as Scotland’s answer to Route 66. There is over 500 miles of beautiful Scottish coastal scenery to enjoy and a website with suggestions of sights to see and stops along the way: northcoast500.com 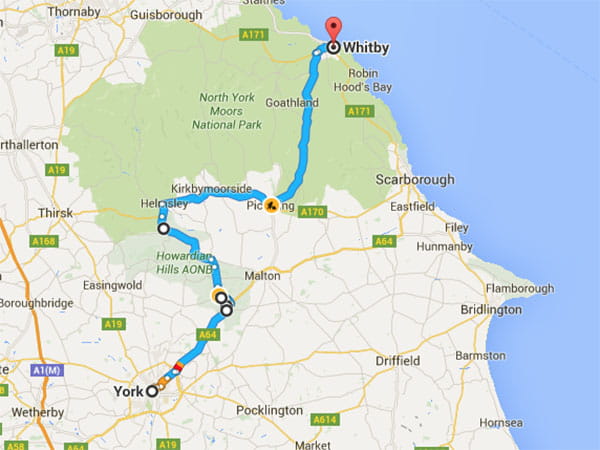 The route across the North York Moors National Park to Whitby [pictured] is only 80km as the crow flies, but there are so many possible tangents and places to stop that it could make for a long weekend's exploration at least: maybe a tour of the cider orchards and a tasting at Ampleforth Abbey?

Or a visit to Castle Howard [pictured below], location for the TV adaptation of Brideshead Revisited? Almost certainly, a stop at one of the many acclaimed restaurants on the Yorkshire food trails. 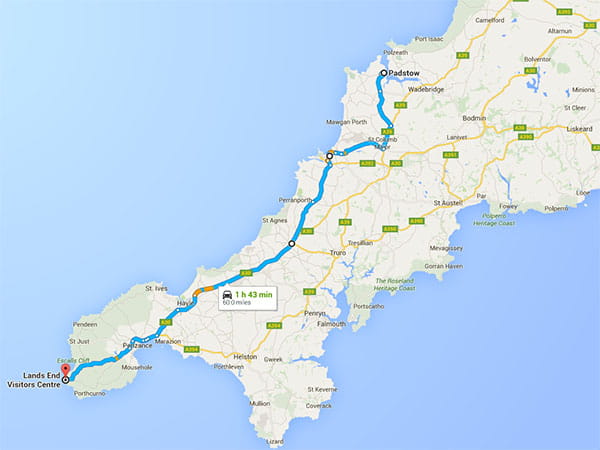 This classic Cornish route is only 85 miles long but takes in the stunning North Atlantic Coastline. Starting in the pretty seaside town of Padstow made famous by Rick Stein you venture south towards Bedruthan Steps and the beautiful sandy beach of Watergate Bay.

The surfer’s idyll of Newquay is next and then it's onto picturesque St Ives via St Agnes Head and Portreath.

On the final stage you pass through Gunnard’s Head and finish at the busy tourist attraction of Land’s End. Visit boundlessbreaks.co.uk for information about and accommodation in Cornwall.

We drove this route in our September/October 2015 issue – a north-to-south road trip through Snowdonia and Brecon Beacons National Parks.

It's a near-180-mile trip that starts at the 700-year-old Conwy Castle, and moves south taking in epic, remote landscapes, some surprising sightseeing and and some excellent places to eat and stay.

Possible stops include Portmeirion village, Lake Vrnwy and Hay-on-Wye – or you could stop for a mine tour in Corris or maybe go to a rehearsal of a village male voice choir – visitors are welcome.

Journey's end, for us, was Abergavenny, which has become something of a foodie magnet. To  hear more about our Epic Drive down the Dragon's Back, visit boundless.co.uk/dragons back. 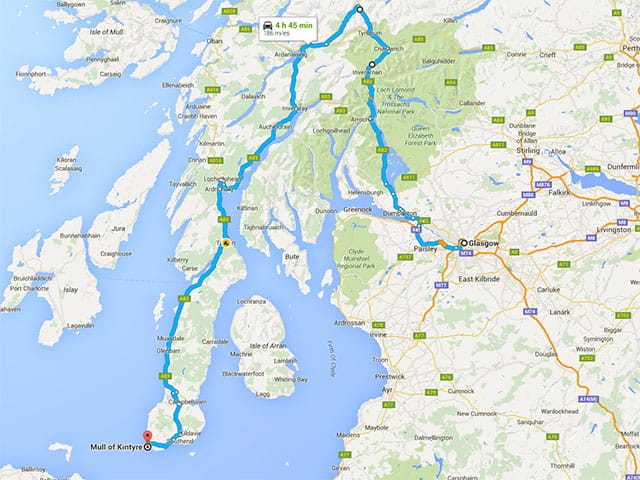 We drove this route in our May/June 2015 issue: it's a land of whisky distilleries and fine seafood – as well as stunning views over Lochs and mountains, threaded along the 280km route.

Start from Glasgow and first head north towards Loch Lomond then onto Bridge of Ochry.

Turning to drive south on the road to Inveraray you pass the imposing Kilchurn Castle, built by the Campbell Clan on the shore of Loch Awe.

The route continues towards Tarbert and Campbelltown before you reach the Mull of Kintyre: a beautiful, remote spot that provided Paul McCartney a refuge from the pressures of fame – and inspired him to write a hit song about it. See our Epic Drive on the route at this link.

All maps by Google Maps. 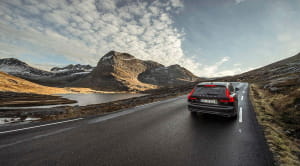