It's a wonderful world, and a little bit weird at times, too... 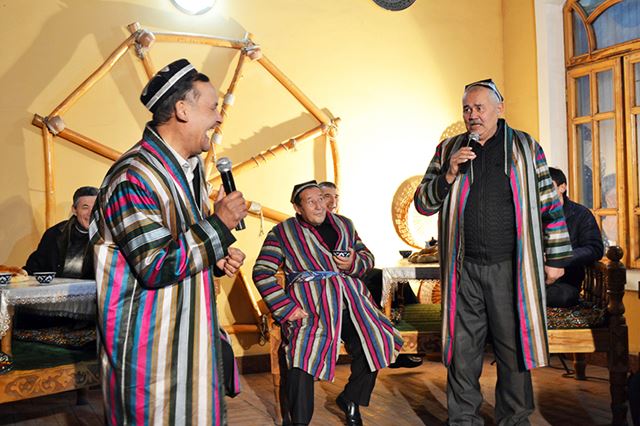 We've all heard about sites around the world that have been awarded UNESCO 'World Heritage' status (the UK alone boasts 25, including Stonehenge, Hadrian's Wall and the Tower of London), but Boundless was interested to discover recently that the United Nations Educational, Scientific and Cultural Organisation also protects a number of unusual practices around the world, some of which might be slightly more difficult to categorise.

The UNESCO-protected 'Masterpieces of the Oral and Intangible Heritage of Humanity' focus more on oral traditions, the performing arts, social practices, rituals and festive events, with a view to raising awareness of their importance and safeguarding their existence.

The idea came about following efforts to bring international recognition to the cultural melting pot of Morocco's Djemaa el-Fna Square in Marrakesh - with its ever-changing bundle of storytellers, musicians and performers – a project designed, in UNESCO's words, to preserve 'the practices, expressions, knowledge and skills that communities, groups and individuals recognise as part of their cultural heritage'. Here are 10 practices which have UNESCO Intangible Cultural Heritage status...

The tradition of Askiya, which 'raises the spirits and calls for spiritual self-perfection', requires two participants to each try to better the other using wordplay and wit while discussing topics relevant to the culture of Uzbekistan. The resulting dialogue can draw crowds of up to 30,000.

Bones of domestic livestock have long been used in Mongolia for religious rites and games. The game of knuckle-bone shooting involves teams of 'shooters' flicking marble tablets towards a target of sheep knuckle-bones in a bid to knock them into a target zone. Each shooter possesses their own individually crafted shooting instruments, and the whole event is accompanied by a repertoire of traditional melodies and songs. 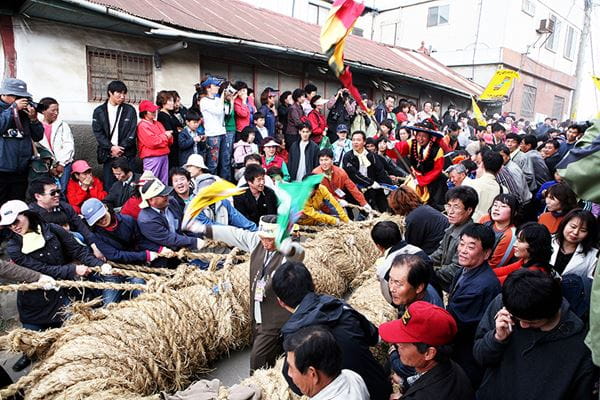 Cambodia, the Philippines and Vietnam: Tugging

'Tugging' rituals and games occur in the rice-farming cultures of east and south-east Asia to encourage abundant harvests and prosperity. Most variations have two teams vying to tug a rope from the clutches of the other - unlike British tug-o-war, however, the idea is to underline the importance of cooperation rather than competition.

The traditional art and practice of breeding, training and riding classically beautiful Lipizzaner horses is protected in Austria - ceremonies here are based on the long-lasting, special relationship between breeders, riders and horses. Happily, women now have an increasingly important role in this traditionally male domain.

Argan oil, a staple ingredient of many a beauty product, comes from the argan tree but far from being modernised the process of extracting the oil is still done by traditional methods - now protected by the Intangible project. The techniques specific to the extraction of the oil are traditionally carried out by women, who teach their daughters from a young age to carry on the tradition.

Mexico: Day of the Dead

Families facilitate the return of the souls of deceased relatives and loved ones to earth by laying flower petals, candles and offerings along the path leading from the cemetery to their homes. As UNESCO says: 'this encounter between the living and the dead affirms the role of the individual within society and contributes to reinforcing the political and social status of Mexico's indigenous communities.'

Strong Brabant horses walk breast-deep in the surf, pulling funnel-shaped nets. A chain dragged over the sand creates vibrations, which cause the shrimp to jump into the net, from where the shrimpers transfer the catch to baskets hanging at the horses' sides. The community's two-day Shrimp Festival - featuring floats and street theatre - attracts over 10,000 visitors. 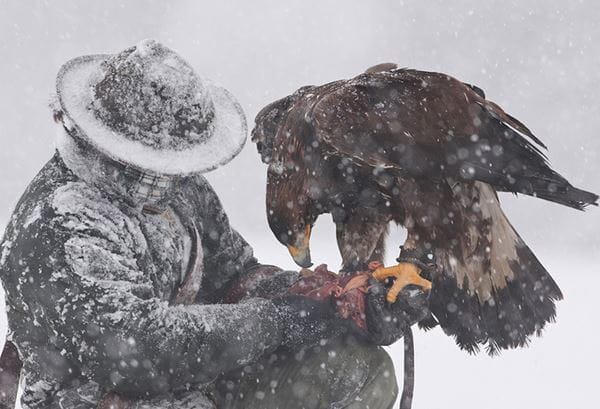 Originally a way of obtaining food, falconry is today more about camaraderie and shared experience, with amateurs and professionals of all ages taking their turn to unleash the airborne hunters. UNESCO is keen to underline that Falconry is a cultural tradition, pointing out that Falconers often develop a spiritual bond with their birds, and require huge levels of commitment to breed, train, handle and fly the falcons.

Catholic processions featuring large shoulder-borne structures have been UNESCO protected throughout Italy since 2013. The processions bring together communities in noisy celebrations, with many musicians and singers involved as well as the skilled artisans who make the processional structures and ceremonial clothes and artefacts.

Mongol herders perform the coaxing ritual to encourage a female camel to accept a newborn calf or to adopt an orphan. The mother is tied close to the calf and a singer begins a monotone song accompanied by gestures and chanting. Performance of the ritual requires great skill in handling camels, as well as a talent for singing and musical skill on the horse-head fiddle or flute. Surely job satisfaction is high in Mongolia.

There's an art to cycling: tour the south's galleries by bike