Stand up for your health

Stand up for yourself

Who could have forseen that our modern sedentary lifestyle would become one of the biggest public health problems of the 21st century?

These days ‘sitting is the new smoking’ has become the mantra and office workers everywhere are finally realising that not moving during the day is doing their health no favours at all.

Eighty per cent of people in employment have a desk-job. Throw in the fact that we watch an average of four hours' TV a day - not to mention time noodling on smartphones and tablets - and it becomes clear we are the most sedentary generation yet.

The British Journal of Sports Medicine says Britons today spend 60 per cent of their waking hours sitting - a figure that rises to at least 75 per cent for those who work in offices. On a normal day this equates to the average office worker sitting for 8.9 hours per day.

Is this such a bad thing?

The official line is 'yes'. Sitting for long periods disrupts blood sugar levels and reduces calorie burning; enzymes responsible for burning harmful blood fats shut down; insulin and blood pressure levels rise; and leg muscles 'switch off'. For those with the most sedentary lifestyles, the chances of serious illnesses including heart disease and diabetes is multiplied.

Happily, steps are being taken to counteract this decline in our daily activity. Public Health England's Get Britain Standing campaign getbritainstanding.org actively encourages workers to get on their feet and champions the use of sit/stand workstations, allowing workers to stand as well as sit down to work. 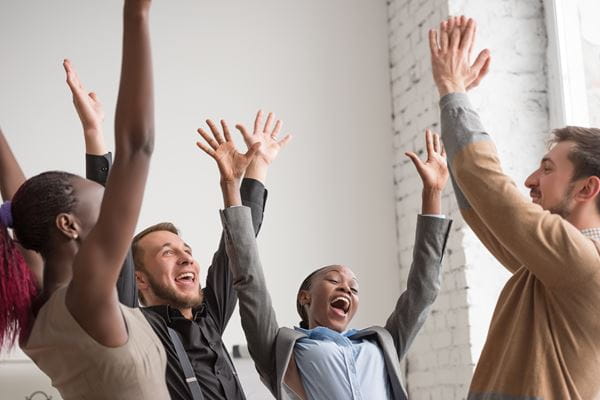 Currently, only one per cent of British workers have access to stand-up desks compared to 90 per cent of workers in Scandinavian offices, but this is changing. One company coming to the fore is Varidesk, which makes ‘stand up sit down’ desks to suit all office environments. (See Varidesk review below)

As for the science behind standing rather than sitting, Justin Eade a digital health innovator at Glasgow-based company Glimpse glimpseinteractive.co.uk says, ‘Almost everyone benefits from being physically active and moving the body regularly every day.

'We move our bodies around 90 per cent less than our great grandparents did a century ago. Modern-day hunter gatherers need never leave the couch or office chair. The latest research into sedentary behaviour in the workplace indicates the optimum time people should stand at work, as opposed to sitting, to improve their health, is 30 minutes of each hour.'

Government body Public Health England recommends a starting position of two or more hours of standing each day, increasing to a total of four hours, which is half the average working day.

A good campaign recently was 'make your day harder', a call to action by Canadian health professional Dr Mike Evans, says Eade. 'This includes simple things like putting your waste bin further away, taking regular breaks to walk to the water cooler, make a cup of tea, or taking a stroll around the office - in other words going over to talk to colleagues rather than sending an email - anything that means you must leave your desk.'

After years of being admonished by parents and teachers when we were children not to 'fidget' - it turns out that fidgeting is now positively encouraged.

'Regular, light body movements have numerous benefits including preventing or managing musculoskeletal disorders,' says Eade, pictured below. 'If you sit still for 20 minutes or longer, stiffness and pain can set in, and that is also the time limit for the various body systems' 'flow', ie they slow down and can compromise health.' 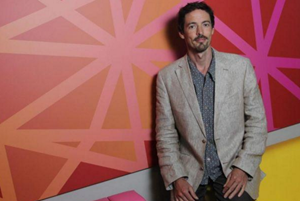 There are benefits from moving even a little more than you do right now. Research from the Mayo Clinic revealed that the extra movement lean people display compared to obese subjects in a trial is enough to burn about 350 extra calories a day.

'Recently the BBC's Trust Me I'm A Doctor tested the impact of increasing office workers' standing time by three hours per day five days per week,' adds Eade. 'Over a year their research concluded it was equivalent to running about 10 marathons a year, in terms of calorie burn.'

Of course, too much standing can sometimes cause its own problems. The effects of prolonged standing can include swelling in the legs, sore feet, varicose veins and lower back pain.

As with all things, the overriding aim is - unsurprisingly - to find the right balance...

For now, there are many things the average office worker (or anyone who sits down to work) can do. If you’re not ready to commit to a structured exercise program, think about physical activity as a lifestyle choice rather than a single task to check off your to-do list.

Look at your daily routine and consider ways to sneak in activity here and there - even very small activities add up over the course of a day. It’s a well worn piece of advice: ‘take the stairs rather than use the lift’, and ‘get off the bus one stop early’ but with time increasingly becoming enemy number one for the stressed out worker, here are some other easy ways to incorporate more movement into our daily lives:

Having a very sedentary job, I was looking forward to having a standing desk to try out, particularly one which simply sits on top of an existing desk, negating the need to change things around too much. The Pro Plus 30 (pictured) has a two-tiered design just as the full size desks do, and incorporates a separate keyboard/mouse shelf, and I liked the convenience of not having to move any components when raising or lowering the Varidesk.

The spring-assisted lift mechanism means it’s pretty easy to move up and down and I soon found that standing up was preferable to sitting down at certain points in the day – it certainly helps one avoid that ‘post lunch slump’ feeling at 3 o clock.

On the downside, it looked a little out of place as I was the only one in the open plan office to have one, and I ended up taking it away to use in my home office where I felt less self-conscious.

The company itself says its desks will ‘Change the way you work, forever’ and I could see their point. Although I found the desk was bigger than I’d expected, I soon got used to it, and  I often prefer standing to sitting anyway, so being able to move so easily between sitting and standing made it worth its weight in gold. It’s the sort of product that could work well in lots of working environments, and it gets a big thumbs up from me.

Baking it easy – simple recipes for bread without yeast

From soda bread to focaccia, here are four tasty breads you can make without having to use yeast

Wondering what tent to buy? Here's our guide to the best

Just because you're camping doesn't mean you have to rough it. Kick back in style, says camping expert Chris Townsend

25 free events you can attend in July

From the Royal Ballet to retro cars, farmers' markets to fairies, there's so much to do over the next month – all of it free

Should grandparents say no to babysitting?

Unsung heroes of the public sector

Countless public sector workers have quietly achieved incredible things over the past year. Here, we meet some of those who've been performing heroic feats

From flower shows to festivals, duck races to dance performances, there are loads of in-person and online events for you to enjoy over the next month

The best Christmas TV and radio