Object of desire: the VW Campervan 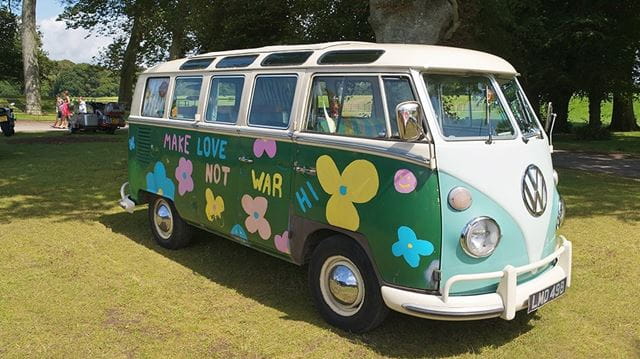 Sixty-two years on from its UK launch, the VW campervan - in all its incarnations - is still a confirmed classic. Catherine Eade looks at its colourful history 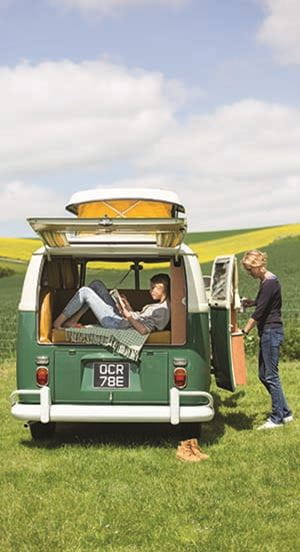 Few people could have predicted what an enormous impact the VW Transporter van would have on the vehicle market when it was first launched at Earls Court Commercial Motor Show in 1954.

The ‘box on wheels’ quickly gained – and has retained – iconic status. No other vehicles engender quite the level of affection as a ‘Veedub’. Even driving the newest version, the T6 California, one certainly gets the sense of it being the 'spiritual successor' of the original T1.

Celebrated worldwide for its association with the open road, the original commercial VW van was launched in a the ruins of post-war Europe, when the need for a compact, rugged and roomy commercial van became evidently clear.

Volkswagen had created a list of possible Beetle-based vehicles to cater for businesses working on economic recovery. Raw materials needed to be moved into factories and finished goods to be transported to wholesalers and retailers.

The vision was to create a revolutionary commercial van. In 1947, Dutch Volkswagen importer Ben Pon showed VW management his sketch of a simple ‘box on wheels’ based on the VW Beetle chassis [see picture below] and the story of the campervan began.

Although originally his idea was turned down, in 1948 a new director of Volkswagen, Heinrich Nordhoff, gave the go-ahead for an engineering plan for a van, and a series of ‘box-van’ designs were produced - with varying degrees of success - until in 1949 the first Transporter was launched in Geneva. Fully loaded it had a top speed of 47mph, a hill-climbing capability of 22 per cent and fuel consumption of 9 litres per 100km (31.5mpg).

The UK launch of the Transporter T1 in 1954 was met with positive reviews from test drivers, who announced the vehicles comparable to ‘fast newspaper delivery vehicles’ – the quickest vans on the road at the time.

Production of the T1 [pictured here] would stretch for 17 years, until July 1967 and focus on six different models: Delivery van, eight-seat Micro-Bus, Micro Bus Deluxe (with a sunroof as standard), Pick Up, ‘Kombi’ (short for Kombination, with removable seats - a forerunner of the modern MPV) and ambulance.

The flexibility of the Kombi interior had a significant role to play as the kernel for the idea of a live-in camper van, with bed, storage, sink and cooker. In the Kombi the rear seats were held in by wing nuts, easy to undo so the owner could use the van as a delivery truck in the week and carry all the family in it at the weekend – a concept which continues to this day in other Transporter models. 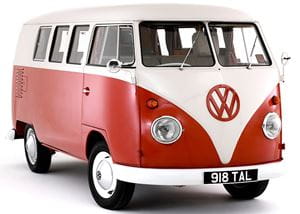 During its 17-year production the T1 underwent a series of changes in design, including improved ventilation, the roofline being extended forward and a peak being added over the windscreen to improve airflow. Various other ‘facelifts’ improved convenience and performance, including bigger engine, automatic choke and revised gearstick.

The Transporter quickly built a strong following leading into the Sixties, and a 1,500cc engine was introduced in 1964, with 12volt electronics appearing in 1966. 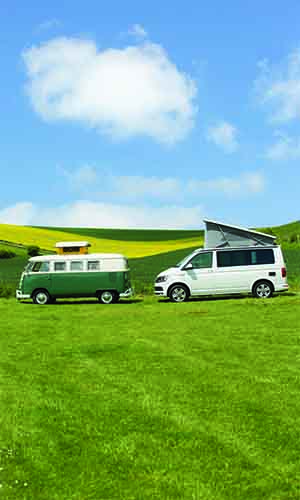 The year 1967 marked the last production of the T1, with prototypes of the new Transporter T2 appearing that year. Changes included a new ‘wrap-around’ windscreen gave it a cleaner, more modern look and feel than the ‘Splitty’, together with a longer, stiffer body, sliding side door and 1,600 cc engine.

The T2 would end up as the best-selling Transporter, with total production over 12 years running to 3.9 million units. Apart from the factory variants of Kombi, Samba Bus, Flatbed pick up, Westfalia camping van, Multivan or Weekender, there were a multitude of third-party conversions available, some of which were offered through Volkswagen dealers.

Pop-up roofs weren’t seen until the giddy days of the 1960s and especially the 1970s, when increasing prosperity mean many people got the travel bug – and the Transporter became the most popular van for campervan conversions. Simple bunks for children in the pop up roof and a rear seat that turned into a double bed, with a kitchen unit along one side was, and still is, one of the most popular layouts, although the bunks made way for more substantial double beds in later models.

Although production of the T2 ceased in Europe in 1979 the T2 lived on in Brazil, with 1.5 million more being produced until new health and safety laws in Brazil which required all cars to have an airbag and anti-lock brakes – impossible to fit in a VW T2 – meant the last model sadly rolled down the production line on December 31 2013.

The T3 was first produced in 1980, and was often nicknamed the ‘wedge’ due to its angular 1980s shape. This was superceded by the T4, then T5 and the current, sixth generation T6 model [white model, pictured here] which was launched to much acclaim earlier this year. 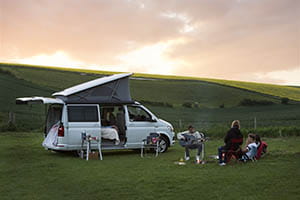 There has not been another campervan to rival the Veedub Transporter. Go to any campsite or beach in the UK and you’ll spot VW Transporters of all generations and configurations, old and new, shabby and chic.

Granted, the modern VW campervan may look a little different to its predecessors. Its sleek modern styling, two-litre TDI turbo-charged 4-cylinder engine and a slew of technological advancements mean driving it is certainly a different experience to wrestling a T1 around bends.

However after spending a weekend driving first a 1967 ‘Splittie’ and then the newest T6 California, I am pleased to announce that the sense of freedom and the ability to escape modern life are very much alive and kicking – no matter which van you end up in.

What’s in a name?

True connoisseurs refer to VW camper vans as Transporters and it's extremely important to know your ‘Splitties’ from your Bays and your Wedges. Splitties were so-called because of the vertical strut down the middle of the windscreen. Second-generation Vee-dubs dispensed with the split windscreen and are known as the bay window version, hence Bays.

When these ceased production in 1979, they were replaced by third generation ‘Wedges’ with their squarer look. More T2’s were introduced when production moved from Germany to South Africa and then Brazil, the last one rolling off the production line in 2013.