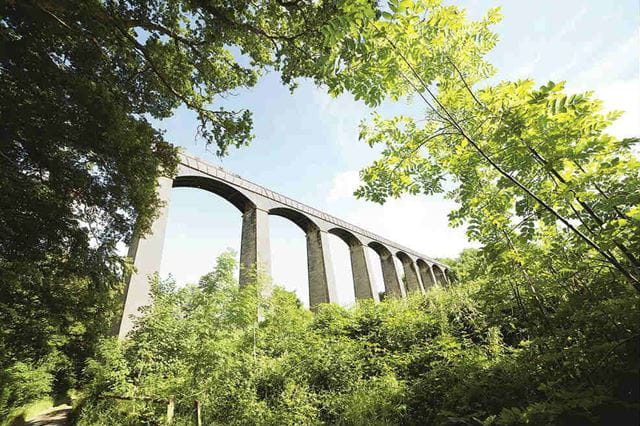 Britain's waterways have a colourful history, from their early use for irrigation and transport, to becoming the lifeblood of the Industrial Revolution, to their modern day recreational use

Most of the UK's waterways are beautifully preserved, but that hasn't always been the case.

In the second half of the 20th century, thanks to the advent of railways and better roads, much of the canal network became derelict.

But the 'Battle of Stourbridge' in the early Sixties, when a group of local canal enthusiasts took on the restoration of the Staffordshire and Worcestershire Canal, changed the face of British waterways.

The government granted the waterways financial assistance, and other counties followed Stourbridge's example and began to reinvigorate their canals. Whether it's the precision engineering behind thousands of locks, the architectural boldness of the aqueducts and tunnels, or the incredible boat lifts, UK canals are testament to a golden age of British engineering, and now regarded by many as a national treasure, full of history and home to a vibrant community rooted in a unique way of life.

Some routes are more feasible than others and some require two or three weeks to complete, but there are plenty of short-break routes, too. A number of companies offer barges for hire, and information about the routes you can take. 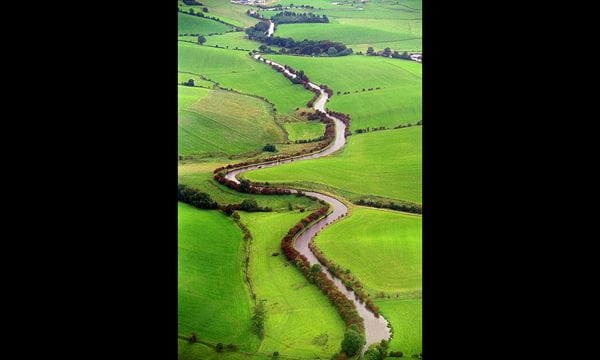 Leaving Liverpool, the canal passes through East Lancashire, crossing the Pennines through rugged countryside and picturesque villages on the edge of the Yorkshire Dales, before reaching Leeds and connecting with the Aire & Calder Navigation.

The canal was completed in 1816 (after much argument about its proposed route between wool and coal merchants), 46 years after construction began.

The route includes Bingley Five Rise Locks, the tallest lock gates in the country and an 18th-century engineering masterpiece. Pennine views over the 'backbone of England', the mile-long Foulridge tunnel (through which a cow once swam and was afterwards revived with brandy, as local folklore would have it), dramatic flights of locks and wonderful old mills and canal cottages are the order of the day. Allow at least a week to get from Liverpool to Leeds.

Another of Britain's stunning waterways, the Kennet and Avon mixes the Downs and open plains of the South-west with villages, market towns and the splendour of Bath.

The Kennet and Avon is an impressive feat of engineering, running from the Severn Estuary near Bristol to the River Thames at Reading. Only reopened in 1990 after decades of dereliction, at over 100 miles long it has more than 100 locks and crosses some of the most beautiful scenery in southern England.

The Avon Navigation cuts through wooded hills and the famous Avon Gorge on its way to Bristol and then to Bath. The canal then climbs the Caen flight of locks to Devizes and runs amid rolling hillsides along the Vale of Pewsey towards Hungerford to descend through pasturelands, woods and water meadows to Reading and the junction with the River Thames. The southern section between Napton and Oxford offers an evocative insight into canal life as it would have been two centuries ago.

Bristol to Bath can be navigated in a weekend.

The Oxford Canal starts by the River Thames in Oxford and runs for 77 miles, mainly through quiet rolling countryside, to near Coventry, where it connects with the Midlands canal system. Built early during the 'canal mania' period of the 1790s and 1800s, this is a contour canal (following the contours around hills) dotted with simple black-and-white lift bridges.

Rather than having cuttings and embankments like later canals, its course is very winding in places and often looks much more like a river, being untouched by mid-19th century straightening programmes.

From the 'dreaming spires of Oxford', the canal heads north through pasture and fields, through the old canal village of Thrupp and close to Blenheim Palace. The countryside becomes more isolated, with rolling hills around the old village of Lower Heyford, and goes through medieval market town of Banbury.

The canal is home to a rich variety of wildlife, and in the summer is very busy for both boaters and walkers traversing the canal paths.

As the name suggests, The Grand Union Canal was never constructed as an entity, but is the result of amalgamations of several independent waterways. A number of branches lead off from the main trunk route to towns along the way, but the main canal runs from the heart of London through the rolling Chiltern Hills, rural Northamptonshire and Warwickshire and into the suburbs of Birmingham.

The canal's historic features include the Georgian Iron Trunk Aqueduct and the steeply climbing Hatton Lock Flight in the charming Warwickshire countryside. The 21 locks in the Hatton flight were nicknamed 'the stairway to heaven' by boaters, with hydraulic paddle gear which makes winding easy but slow. It took two years and 1000 men to rebuild the 21 Hatton locks, using a new material at the time: concrete. There are long tunnels at Blisworth and Braunston.

Climbing again to a new summit in Birmingham, 137 miles and 166 locks later, you'll need more than a week to navigate this one. 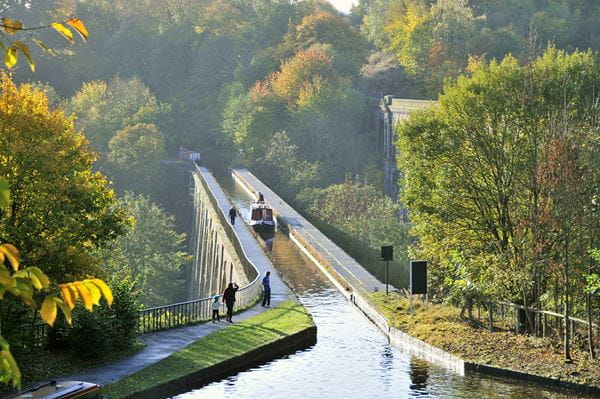 'The Welsh' as it is known to enthusiasts, crosses the border between England and Wales, with its combination of picturesque countryside and breathtaking engineering attracting visitors from far and wide.

Leaving the Shropshire Union Canal just north of Nantwich in rural Cheshire, The Llangollen Canal climbs through Shropshire farmlands to cross the border into Wales near Chirk and finishes at the rolling foothills of Snowdonia. T

his canal features the pioneering masterpieces of engineering in the shape of the aqueducts at Chirk (pictured above) and Pontcysyllte, and the 11 miles between Chirk and Llangollen was awarded World Heritage Site status by UNESCO in 2009.

The Pontcysyllte Aqueduct, which opened in 1805, has a 120ft sheer drop on the non-towpath side, meaning those without a head for heights should probably stay below deck. The canal is 41 miles long and takes at least three days to cruise one-way.

Travel Tips
by Catherine Eade
Camping
Hobbies
Short Breaks
Travel
Wellbeing
You might also like
Back to Travel tips
Ideas and advice 31.03.22

The green heart of Europe: Slovenia

If Slovenia, with its pristine nature, exquisite Alpine lakes and beautiful cities, is one of Europe’s gems, then it’s a glittering emerald – a forward-thinking emphasis on sustainability ensures it’s green enough for eco-conscious travellers

Follow our guide to the most beautiful and impressive piers in the UK, with stunning views over beaches and out to sea

Things to do on the Isle of Wight

From historical days out to coastal walks, the Isle of Wight has a wealth of things for you to do

The top five things to do (apart from skiing)